I found the 20 Questions Book Tag at Lost in Words!

I’m a big fan of duologies, myself. You read one great book and you get to have another one, but then you’re finished. It doesn’t get drawn out. I won’t say three books is “too many,” I’ve read plenty of great trilogies, five-book series, and longer, but the longer they are the more dubious I become.

How do you feel about cliffhangers?

Don’t like ’em. By the time I get the second book I will have forgotten the cliffhanger anyway. Better to give me a satisfying book so I want to repeat the experience.

Hardbacks are usually more attractive; paperbacks are easier to carry and hold.

Ha! Don’t make me laugh. I don’t have an all-time favorite book, and I actually haven’t read many five-star books this year either so I can’t pick a favorite of the year yet. So, I will take one more opportunity to recommend Airman by Eoin Colfer.

I dunno, Gone with the Wind? Justice League: Cry for Justice? That first one is probably worse.

Love triangles yes or no

Eh. Not in YA because it’s just a trope that always seems the same. In another context, same rules as everything else: If it’s written well and has a purpose, I like it.

The most recent book you couldn’t finish

Batman: Nightwalker by Marie Lu. I’m told her other books are much better, but I just found Bruce Wayne to be painfully uninteresting as a character here and decided not to finish.

A book you are currently reading

I’m partway into The Great and Secret Show by Clive Barker and have mixed feelings about it. I’m maybe a quarter into it and it’s already covered several chunks of time, and some of them were fantastic and others are boring or irritating. I think I’m going to love it as a whole though.

Last book you recommended to someone

The story “The Coyote Gospel” in Animal Man Vol. 1 by Grant Morrison. It’s about Wile E. Coyote, and it’s super intense and hard to read. I know it sounds crazy but geez it’s good, the victim of my recommendation agreed.

I’ve read multiple translations of the Epic of Gilgamesh because I love it. I’ve also read The Wisdom of Ptah-Hotep, not sure which came first but probably Gilgamesh…

Star Wars Vol. 5: Yoda’s Secret War by Jason Aaron, published July of 2017. A lot of reviewers didn’t like it, but I thought it was one of the stronger volumes in the series because it’s mostly flashback and could tell a complete story instead of being wedged in between movies and thus not having any stakes. (I’ve talked about the Star Wars Disney Canon comics before, a lot of them are very good but a lot of them are mediocre too.)

I’m not sure how to judge this, especially accounting for childhood favorites. According to Goodreads, the writer I’ve read the most books from is Geoff Johns, with 52 titles. Not everything he writes is brilliant, but he’s definitely done some of my favorite comics and his name on a cover makes me more interested than I would be otherwise.

Library all the way. Why not share with everyone else, when most books I’m not going to be interested in keeping anyway? I buy the ones I love and want to own, or to support authors I really like, but I almost always read library books the first time around.

A book you dislike that everyone seems to love

I don’t know if everyone “loves” it, but I was definitely underwhelmed by Stephen King’s The Stand. I read the comics of it, so it’s possible I missed something, but it was boring even as comics. It just wasn’t scary after the opening gambits, the characters weren’t interesting (or died if they were), the ending seemed perfunctory, I just don’t get why it’s supposed to be so terrifying.

Bookmarks. First of all, do no harm. 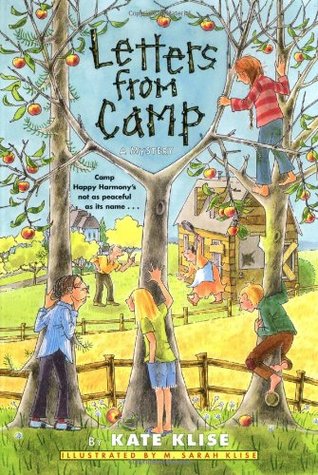 A book you can always reread

According to Goodreads, the book I’ve read the most times is Letters from Camp by Kate and M. Sarah Klise, which sounds plausible. (I have it at 6 times, but it’s probably more.) It’s a kids’ book written in letters, notes, other ephemera, and I’ve loved it as long as I can remember. It’s got a mystery, tension, siblings learning to be friends, humor, and it’s just fun to read all the little bits on every page. I still think about this book all the time and have been wanting to reread it again lately.

Can you read while listening to music?

I generally prefer not to, but I can if necessary. Sometimes it helps distract me a little if it’s a boring nonfiction book.

One POV or multiple

I typically prefer one because I can read faster and not get confused, but I also really enjoy seeing everyone’s thoughts about whatever’s going on. So, either one POV or all of them.

Do you read books in one sitting or over multiple days or hours?

I prefer as few sittings as possible, because it helps me stay in the story and not get it jumbled up when I’m reading something else. But I also do a lot of my reading in downtime at work, so you get used to stopping and starting.