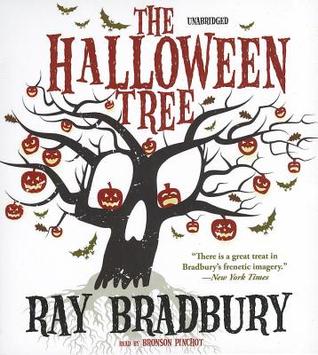 The days are getting shorter in Georgia, and although it’s still hot during the day, my drives home are dark and foggy. Last October, I was listening to The Halloween Tree by Ray Bradbury, narrated by Bronson Pinchot. The story was just okay, but Pinchot’s voice for Moundshroud was incredible, and after a year of not having it cross my mind at all, now I flash back to it every day, and I’m so ready to hear another spooky book. I’ve picked out three I might listen to in October, and thought I’d share in case anyone has more suggestions.

The Motion of Puppets, written by Keith Donoghue and narrated by Bronson Pinchot, is definitely my first choice and I’ll be starting it in the next few days. It’s about puppets, which drew my attention first, but it’s also a kind of atmospheric book (rather than gory or overtly scary) and it’s Bronson Pinchot again. (Who is, apparently, an actor, but I only know him from The Halloween Tree.) The plot is a version of Orpheus and Eurydice, one of my favorite myths, and involves several people falling in love with and/or being transformed into puppets. 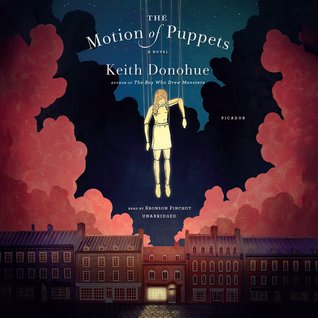 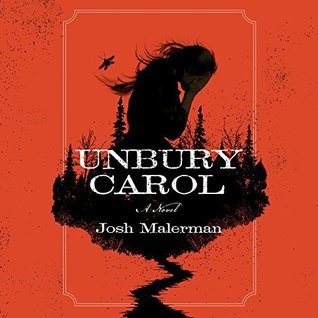 Unbury Carol, written by Josh Malerman and narrated by Dan John Miller, is probably my second choice, because it was already on my to-be-read list. Carol dies over and over, always coming back to life, but her husband wants to bury her alive and finally have her money. Her former lover hears about it and starts traveling to save her, while she’s also trying to save herself from inside her coffin. It’s not so much a horror novel as a dark fantasy western, or a magical-realism western, but I think it’s still suited to the season and I’ve heard a lot of good things.

NOS4A2, written by Joe Hill and narrated by Kate Mulgrew, is an overt horror novel, and I have a delicate constitution. This one involves kidnapped children transformed into terrors (possibly vampires, based on the title?), so it may well be too much for me. I liked the movie of Horns, though, which was based on a Joe Hill novel, and I’m told he’s something of a weirder Stephen King. So, if I decide to go full horror, I’ll probably try this one, since I have some interest in Joe Hill, and vampires, and Kate Mulgrew is amazing. (It’s also about twice as long as the other books on this list at almost 20 hours, so that’s a consideration too.)

What spooky (or scary) books are on your to-read list for October? Bonus points for audio recommendations!