Welcome to the 2016 book survey, designed and hosted by Perpetual Page-Turner! I read exactly 300 books! (Not a coincidence, I realized mid-December that I was at 282 and went on a bender to make 300). The survey is super fun, makes it easier to compare books meaningfully, and keeps the “favorites” list a year-wide thing instead of just the last few months. The survey is open to everyone, and there’s a linky in her post. (The graphics also come from that post).

I rated a lot of books 4 stars this year, if that makes any sense. I read a lot, I liked a lot, but only had a few 5-star standouts. In this case, that means there aren’t many repeats in the list below, because no single set of books dominates all the categories. Hope you find something enticing!

Links go to Goodreads or to my blog reviews as marked. Ratings and short reviews of all the books I read this year are available on Goodreads.

Genre You Read The Most From: By some happenstance, graphic novels and picture books are tied at 93 each. Nonfiction next at 61. (I realized just now that I always sort by library departments, but going by content, my top genre is a loose definition of fantasy). 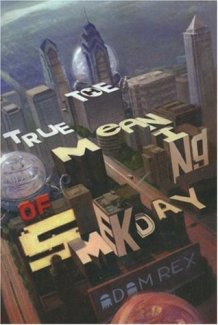 Broken down by genre:

2. Book You Were Excited About & Thought You Were Going To Love More But Didn’t?

I had a lot of that this year, to be honest. Probably the worst offender was Grasshopper Jungle by Andrew Smith. I SO WANT to read a sci-fi YA novel with a bi lead! That’s right up my street! But it was so boring that I skimmed a lot of it and finally just gave up.

3. Most surprising (in a good way or bad way) book you read?

A Hungry Lion, or, A Dwindling Assortment of Animals by Lucy Ruth Cummins. Heh.

4. Book You “Pushed” The Most People To Read (And They Did)?

Probably the Keepers Trilogy (review here), which I talked about a lot last year and finished this year. It could also be the Bunnicula series which I just finished re-reading, I’ve had a lot of nice conversations about that one but not sure if people are reading because of me!

7. Best book from a genre you don’t typically read/was out of your comfort zone?

There aren’t a whole lot of genres outside my comfort zone. Contemporary romance? Sensationalist crime drama? Books about sports? Didn’t read any of that, or in one case I skimmed a sports book but didn’t like it, so is that really the “best book”? I guess I don’t read absolute bushels of self-help, so I’ll go with How to Win Friends and Influence People by Dale Carnegie, which was surprisingly useful.

8. Most action-packed/thrilling/unputdownable book of the year?

The Magpie Lord by KJ Charles, a gay historical fantasy mystery romance. It was also a contender for best worldbuilding, because the romance, historical setting, magic system, and mystery all rely on each other to make the book work. Take one away and it’s trite, with all of them it’s amazing.

I don’t re-read much at all… Maybe Midnighter Vol. 1: Out to remind myself what happened before I read volume 2.

Princess Leia by Mark Waid, which I read largely because I found the cover engaging (and love Mark Waid), and Elena’s Serenade by Campbell Geeslin. LOOK AT HER LITTLE STARE. 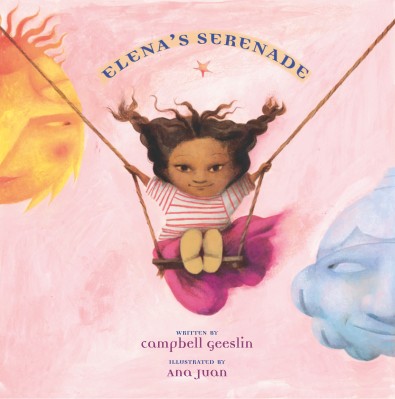 Usually I don’t know how to judge this and give it to a novel in verse, and read one specifically for that purpose (The Realm of Possibility by David Levithan) but actually this year Ireland, my best-adult-fiction pick (reviewed here), definitely wins. Gorgeous stories-within-stories.

Killers of the Dream by Lillian Smith, a 1949 memoir about Southern race, gender, and religion, discussed here.

Dracula by Bram Stoker! It’s been on my list for what, fifteen years? Really well-written, scary, philosophically fascinating. Super into it.

“There’s no such thing as winning or losing. There is won and there is lost, there is victory and defeat. There are absolutes. Everything in between is still left to fit for. Serpine will have one only when there is no one left to stand against him. Until then, there is only the struggle, because tides do what tides do — they turn.” —Skulduggery Pleasant

And a quote from real life about Star Trek, but one which I found in a book, if that makes sense:

“We’re all in outer space, Jerry, and we’re in color. NBC claims to be the first full-color network, so let’s prove it for them. When you light the sets, through wild colors in — magenta, red, green, any color you can find — especially behind the actors when they’re in a close shot. Be dramatic. In fact, go overboard. Backlight the women and make them more beautiful. Take some chances. No one can tell you that’s not the way the future will look.” -Robert H. Justman, quoted in These are the Voyages: TOS Season One

No one can tell you that’s not the way the future will look. I love that.

17. Book That Shocked You The Most

The American Dream & The Zoo Story, a pair of plays by Edward Albee. I don’t understand them but they shocked me.

St. Vier and Alec in Swordspoint (discussed here and here). This was a reread, but I still ship them SO HARD. For a new ship, Alastair and Brendan from O Human Star by Blue Delliquanti (review here).

19. Favorite Non-Romantic Relationship Of The Year

The turtles in We Found a Hat, with Skulduggery and Valkyrie in Skulduggery Pleasant as a close second. 😉

20. Favorite Book You Read in 2016 From An Author You’ve Read Previously

Lock In by John Scalzi. I sometimes feel mediocre about his work, but when he’s great, he’s great. This is a sci-fi mystery with a disability theme.

21. Best Book You Read In 2016 That You Read Based SOLELY On A Recommendation From Somebody Else/Peer Pressure:

The Participatory Museum by Nina Simon, assuming you count “class assignment” as peer pressure! It’s a combination of how-to with case studies, and is available for free online here.

If I knew Skulduggery Pleasant in real life, he wouldn’t know what hit him. Also Veronica Lodge, but that’s been true for years…

I only read two 2016 debuts… Worm Loves Worm by J.J. Austrian and Snappsy The Alligator (Did Not Ask to Be In This Book) by Julie Falatko, both picture books. The first is a queer marriage story, the second is a metafiction one, and I gave both 4 stars.

The True Meaning of Smekday by Adam Rex. It’s sort of goofy like a kids’ space opera should be, but it also keeps up an internal tone and really gets you involved both in the aliens’ culture and in the semi-post-apocalyptic Earth. Never feels too overdone, but fun and dark at the same time.

25. Book That Put A Smile On Your Face/Was The Most FUN To Read?

Path of Beasts and The Last Guardian, the series enders for the Keepers Trilogy and the Artemis Fowl series. I fully expected The Last Guardian to be my “best series ender” this year and it wasn’t, but the final denouement might’ve won all on its own. Also Every Heart a Doorway, which did a lot of things to me, and I Am Not Spock by Leonard Nimoy mostly because he died.

NASA/TREK: Popular Science and Sex in America by Constance Penley. A random little book I found searching for Star Trek stuff at the library. Half of it is sort of a history of women and literary relationships to NASA, and the other half is about Kirk/Spock fanfiction. Hardly anyone’s heard of it and it’s a little offbeat as a topic but just trust me, it’s fascinating.

28. Book That Crushed Your Soul?

Every Heart a Doorway by Seanan Maguire. YA fantasy/horror. Discussed here, or just read the Goodreads review.

Maybe The Magpie Lord, for its genre mashup status, or Gunnerkrigg Court Vol. 1 for similar reasons. It’s an MG/YA graphic novel with mad science and fantasy deeply blended together.

30. Book That Made You The Most Mad (doesn’t necessarily mean you didn’t like it)?

Not really mad, but frustrated with Sex Museums: The Politics and Performance of Display by Jennifer Tyburczy. It was super dry and boring, plus it was just a long series of case studies, when it had the opportunity to engage more deeply and provide some guidance for displaying sexual material or insights into audience response, rather than just ruminating on the topic for a while to no clear purpose.

I only found it a couple of days ago, but I’m excited about The Purple Rose Tea House. It’s about LGBT+ books, and I’m especially looking forward to more romance recommendations.

The Keepers Trilogy by Lian Tanner, reviewed here. The first book was a 2015 favorite, and the whole trilogy is amazing.

“Kingsman, The Man from UNCLE, and Queering the Action Movie”

The Creation Entertainment Star Trek 50th anniversary mini-con thing in Atlanta. I’m not sure the actual name but it was my first Trek con, and I heard Diane Carey speak so that makes it bookish!

That has to be the switch to being an official book blog a couple weeks ago. I had no idea how happy it would make me. 🙂

6. Most challenging thing about blogging or your reading life this year?

It’s hard to blog and do grad school, if only because when you think and write all day, it’s challenging to go home and keep on doing it. I didn’t post very much this year and I hate being away!

7. Most Popular Post This Year On Your Blog (whether it be by comments or views)?

My review of the Blue Spider’s Attic book subscription box!

Maybe this review of Ireland? I didn’t expect the post to get a lot of traffic, but would love to discuss the book with anyone who’s read it. 🙂

Book Riot. It’s a blog and a store, and I was aware of it before (see below) but only started reading the blog in the past few months. Enthusiastic and inclusive.

10.  Did you complete any reading challenges or goals that you had set for yourself at the beginning of this year?

The Wicked & The Divine Vol. 3:  Commercial Suicide. Love this series, couldn’t find volume 3 at any of my libraries or online services, finally ordered it, and then promptly forgot I owned it… Also I never actually read last year’s “top priority,” Nightborn by Lou Anders, for basically the same reason, and I am ashamed.

I’m living for the Archie reboot series by Mark Waid. Volume 3 is upcoming!

I’m super out of the loop as usual, but somebody sent me this list of upcoming diverse books and I’m excited about it!

4. Series Ending/A Sequel You Are Most Anticipating in 2017?

Down Among the Sticks and Bones (Wayward Children #2) by Seanan Maguire, sequel to Every Heart a Doorway. (Discussion of book 1 here).

5. One Thing You Hope To Accomplish Or Do In Your Reading/Blogging Life In 2017?

I think I’m going to shoot for 300 books again.

None. Maybe next year!