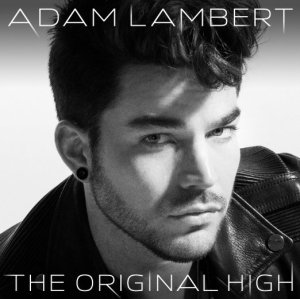 Adam Lambert is known for glam pop-rock. Lots of sound effects, and the kinds of songs you imagine him singing on stage, if that makes sense. You imagine the costumes and the lights and the star singing to thousands of ecstatic fans. He’s very present in his music that way. Still, his albums always include a few slower tracks where he leans on his voice more than the effects, like “Aftermath” from For Your Entertainment or “Nirvana” from Trespassing.

The Original High does some experimenting with new flavors of sound, but it has a lot more of those slow songs. Honestly I usually prefer the more-complex pop songs, I often stop paying attention during the long ones, but he achieves a really cool dreamlike tone here with more evenness between the pieces, and that makes for a more cohesive album as a whole. They’re meditative like his previous slow songs, but they don’t quite dip that far on the spectrum.

“Ghost Town” and “The Original High” are the first two songs, the single and the album-namer. They’re fantastic, the best of the CD, so that’s appropriate. Also, “Things I Didn’t Say” is basically my life now. In addition to those new obsessions, there are a few standouts like “Evil in the Night” and “The Light” that I could just listen to forever, because you get sucked into the rhythm and never want it to end… Others, like “Underground” and “Heavy Fire,” are more forgettable on their own but contribute to the overall experience of the album. They’re not just filler.

I think I detect a slight 70s vibe, especially in the three bonus tracks. (I have the Deluxe). The lyrics are more repetitive, the tone more upbeat no matter what he’s singing about. Possibly influenced by all that touring with Queen. But thank you, Mr. Lambert, for the phrase “I feel thrown out the window” in “Shame,” because I will use that the rest of my life. Also I must mention the number of times the phrase “I’m a grown-ass man” appears in “There I Said It,” because I find that hilarious.

Joking aside, though… I love this album!