Okay folks, we’re back with Loki: Agent of Asgard #8, the AXIS tie-in. I’ve read AXIS in the intervening period. It’s an interesting event, but not a must-read and it doesn’t stand on its own as well as Original Sin. What you need to know is that heroes and villains were telepathically switched for a while, so the villains were the heroes and vice versa. Most of them were returned to normal, but not all. That’s where this comic picks up, in the midst of the Axis event.

If you’re new to my Loki reviews, I do them in the form of live reactions, paying particular attention to how his genderfluidity/assumed pansexuality is portrayed.

The serial nature of comics really doesn’t lend itself to this “suddenly, something’s different!” thing, but the previously-on segment explains what happened. We open with Loki foiling a casino stick-up, and as usual, the meta elements are perfect — the narrative boxes are retro and excited, providing a lot of editorializing about Loki’s heroic qualities, like they used to do in comics up until what, the 90s?

Okay, now we’re into the recap. 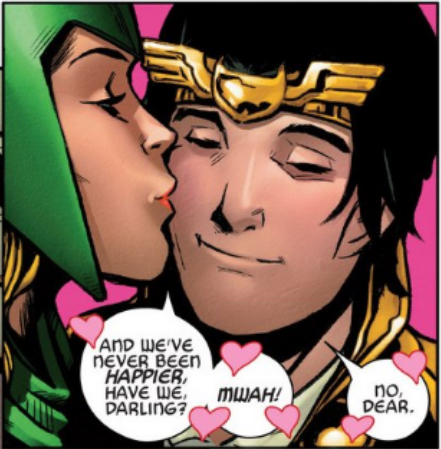 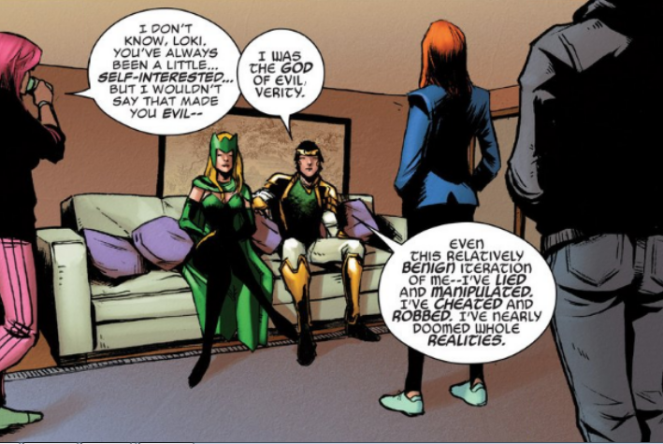 Verity has a point. Loki thinks he’s been trying to change, but I think really he was trying to atone. He’d already changed.

Loki intelligently observes that maybe if their evil parts became good, their good parts are now evil, but is quickly reassured by Enchantress.

Then some other stuff happens and he SHAPESHIFTS INTO A FLIPPIN UNICORN. (He can transform into anything it’s in his nature to be.) 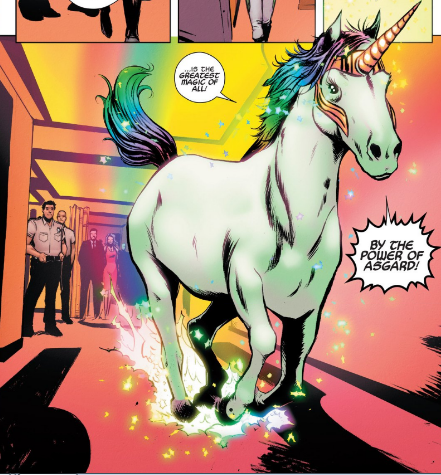 Loki goes off to confront Evil Thor, and that fight takes place in AXIS. Then there’s a conversation between Verity and Lorelei about how Verity knows something’s wrong with Loki.

I think the Axis tie-in stuff will be important to Loki’s arc, but it’s really annoying to have to jump around between books to get a story. Seriously, Marvel-and-DC, nobody likes that!