This isn’t a Moffat hate post, but I have a complaint, and it’s with something Steven Moffat’s done… He’s turned Doctor Who and Sherlock into shows about Mary Sues. I don’t know the man, maybe they aren’t really his Mary Sues as such, but both the Doctor and Sherlock tick some important Mary Sue boxes. (Or Gary Stu boxes, if you feel the need to differentiate). Let’s not get hung up on definitions of Sueness though… Let’s talk about the problem.

The two properties are somewhat different, in that Moffat took over an existing franchise with Doctor Who, but Sherlock was his from the start. Some of the issues with Doctor Who predate Moffat’s leadership, but I’ll be focusing on his era (seasons 5-7) and the things that I feel have gotten out of control in that era specifically. And, just to get this out of the way, I love Doctor Who with every fiber of my being. Matt Smith is my favorite New Who Doctor. I want to love Sherlock. I’m not a hater. I just think it’s a problem that in both stories, we started off with the possibility of really interesting universes and narratives, and then they slowly spiraled inward until EVERYONE, EVERYWHERE is entirely obsessed with the Doctor/Sherlock. 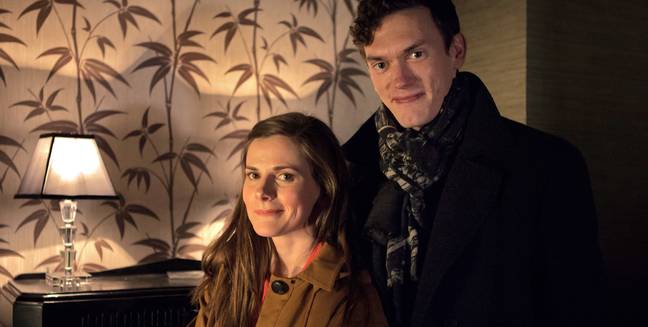 Why is all this a problem? Aside from plain old bad writing, it guts the show and it turns it into a constantly self-referential mess, instead of a chain of satisfying stories. It means the Doctor is (almost literally) knitting the universe together on Doctor Who, which is ridiculous for a show that claims to encompass the whole of time and space. It means no one is allowed to be as interesting as the Doctor or Sherlock, so no one else really has personality or agency. Is Moffat anti-feminist? I don’t know… All his women are completely obsessed with the Doctor/Sherlock, but so are all his men! The Doctor isn’t a helpful stranger anymore, or an equal to the people he meets, or even a mentor. He’s a whirlpool made of quips and meaningless threats. Sherlock doesn’t “solve mysteries,” he’s enticed into them, because he’s apparently the only person in the world of Sherlock who can “detect.” Apparently being a jerk to everyone is totally mesmerizing.

I’ve been focusing on character interactions and I feel like that’s the most important aspect, fueling the others, but just try taking the Mary Sue Litmus Test with the Doctor or Sherlock. (Actually you don’t have to take the test, I took it for the Doctor/Sherlock and got 128. That’s without assenting to anything involving Moffat’s clothing or personal life, because I don’t know that stuff). Special powers/abilities/weapons not used by anyone else (sonic screwdriver), using vague assertions of mental illness to justify self-indulgent behavior (“high-functioning sociopath”), repeated references to the coolness of the costumes (bow tie, scarf), sudden skills/gadgets that save the day with no foreshadowing…

It’s a problem that Moffat is writing the same character in two places, is flubbing it the same way in both, and is not, apparently, doing it for any effective thematic purpose. A good writer can use tropes and cliches to great effect, but Moffat’s Suing isn’t a purposeful story choice, it’s harming the quality and variety of both shows. The fact that he’s done it to both of them in the same way is the main reason the Doctor and Sherlock look less and less like characters, and more like Mary Sues.

17 thoughts on “The Doctor and Sherlock are Mary Sues”